Although high winds commonly rush through this northwestern region, sometimes the unexpected happens before we know it. Luckily, the Red Rock Collision Center crew managed to escape within 45 seconds of the disastrous wreck from a nearby detached rooftop, breaking off and crashing on their property. Since 2021, Red Rock Collision has provided the community with complete auto repair services.

As a full-service shop and staff specifically certified in hail dent repair and collision repair, they are dynamic in ability and willingness to take on a great deal of work. 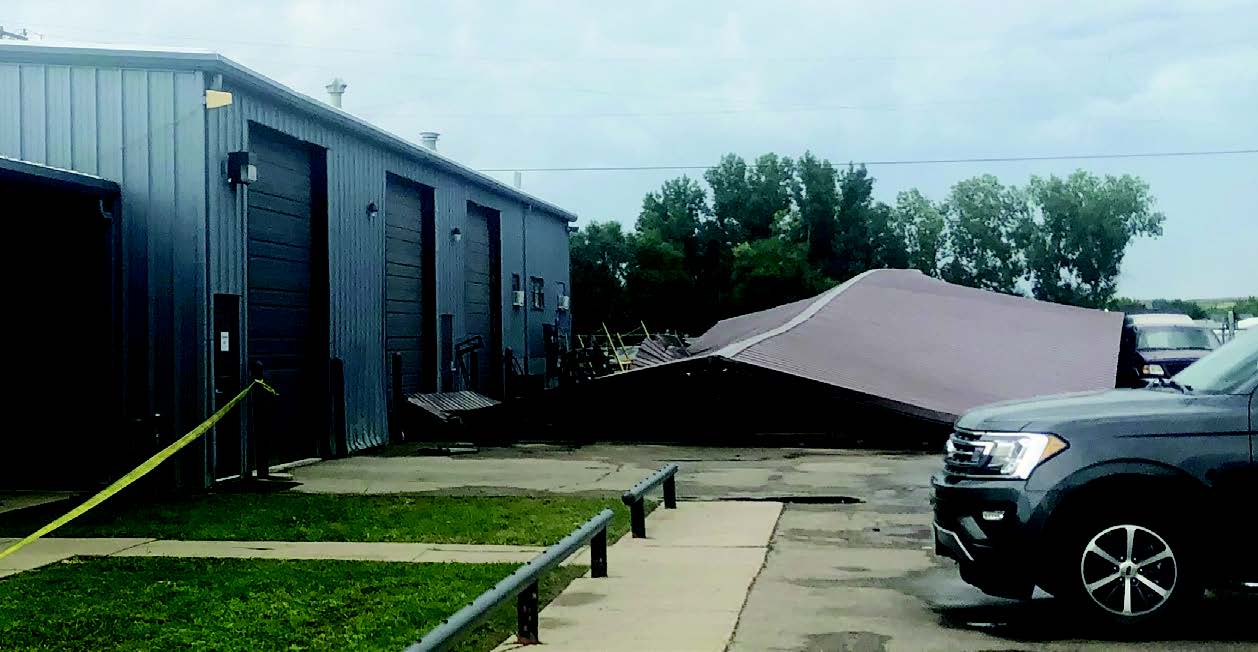 Serving in a rural region means vehicle accidents occur due to snow and ice in the winter, unfortunate crashes on two-lane highways, and unavoidably hitting deer.

Red Rock Collision Center works alongside local towing companies, including Affordable Towing Service, LLC. It can maintain and repair 5-10 vehicles weekly. Tiffany Woodward, Office Administrator for Red Rock Collision, was working in the office when they experienced the unpredictable and frightening event as other crew members worked in the shop. The day had started a bit rainy, and by mid-morning, the wind suddenly picked up. "It was about 11:30, and we heard a bang and a crash. The guys out in the shop felt like it had shaken!" Woodward shares. After the initial scare, the crew determined that it was a neighboring rooftop, landing in one piece onto their parking lot, as the cause of the shake-up. 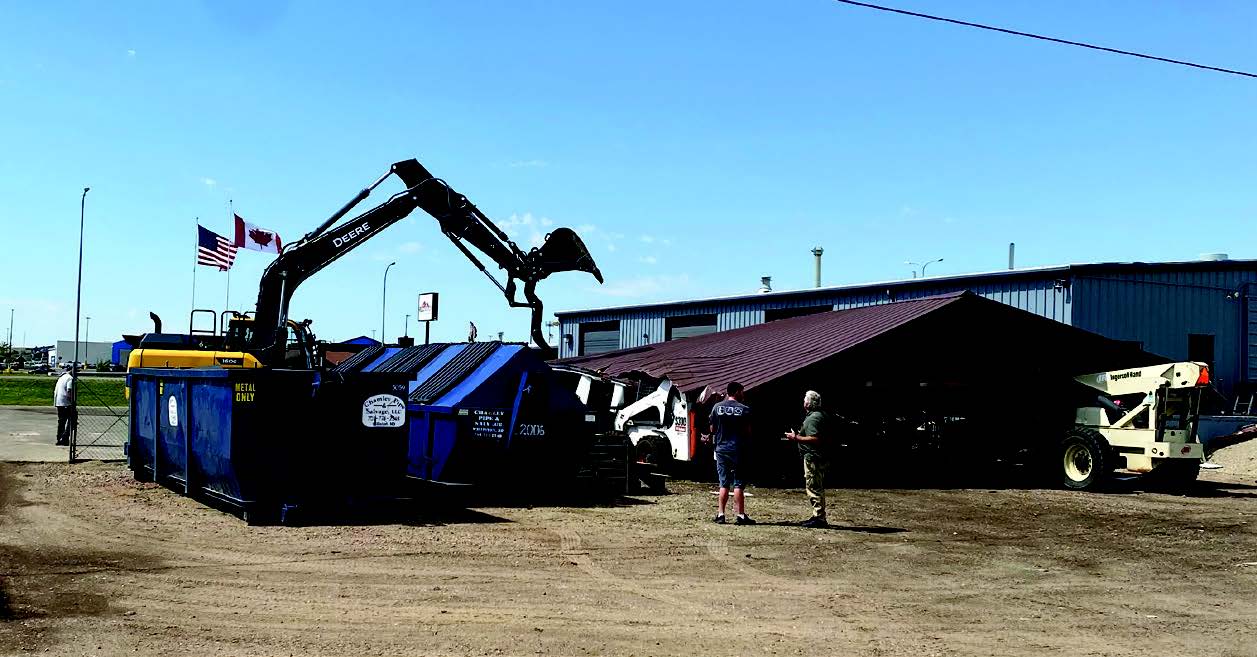 Adam Nelson, the owner of Red Rock Ford, came as soon as he received the news, checking on everyone and helping in any way possible. "Thankfully, no one was injured," Nelson affirms. No customers' cars in the designated parking lot were damaged. However, a few of the employee's vehicles did have significant damage. There have not been any reports on whether the rooftop was already in poor condition before detaching. "We got lucky! Our detail person was working outside when it started to rain, so they decided to move the car inside. They shut the shop doors, and within 45 seconds, they heard the crash!" Woodward exclaims. "The detailers' bucket and brush were still underneath the rooftop because they hadn't gone back out to grab it yet," shares Woodward.

Taking extra precautions from the stricken powerlines, the crew quickly ensured everyone was okay. Immediately, a power outage affected the entire block down toward Albertson's Grocery Store. Nelson acknowledged "the large and swift response" from the Fire Department and how quickly MDU assisted in regaining power for their facility. Elaborating further, he said, "They were very professional, and we were able to return to normal operations by mid-morning the next day." Woodward also commented on Williston's Fire Department's fast response: "As I was on the phone with MDU, fire trucks started pulling in. That was probably within 5-10 minutes!" With a critical focus on solutions at the scene, Woodward called 3 Forks Services and requested their disaster relief assistance to come and remove the debris. 3 Forks promptly arrived with an excavator and broke down the large roof within 1 hour. The following day, the parking lot looked like nothing had happened, while Red Rock Ford brought in their street sweeper to finish the job.

A special thank you to the Williston Fire Department, Mon-Dak Utilities, and 3 Forks Services for ensuring people were safe and unharmed!