The citizens of Williston have great taste in music unique to this area. From Big Band swing music to traditional Lakota drum circles, we here in Williston have the lucky ability to attract the best musicians. This Tuesday, January 24, at 7 pm, as part of the Williston Concert Association series, the Travis Anderson Trio, led by pianist Travis Anderson will bring their jazz and pop favorites to the stage at Bakken Elementary. Bassist Steve Pikal and drummer Nathan Norman join these vibing ivory keys to the tune of the tv shows you know and love, classics you can dance to, and a few new pieces the whole family can sing along with. Initially touring out of Minnesota, this high-energy band will delight every age. 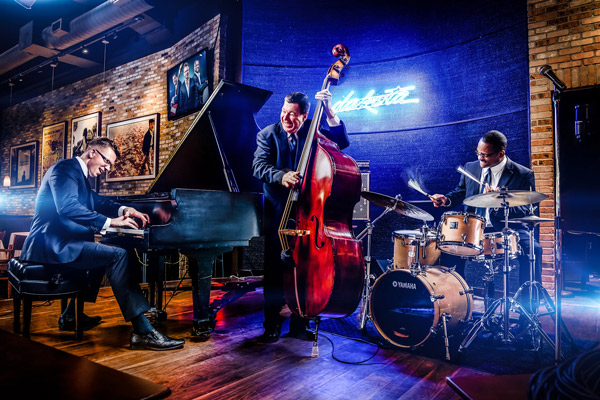 Allen Domagala, president of the Williston Concert Association, has been proud to put on these concert series for many seasons. He always looks forward to interacting with patrons and introducing the next band with zeal and a smile. Make sure to say hello and shake his hand along with all the other outstanding citizens of Williston that make this concert series possible.

Later this year, on March 24, in that same theater, Forever Simon & Garfunkel will take you back to the movements of the 1960s and 70s with their tributes to this iconic duo of American culturalism. Forever Simon & Garfunkel's tribute act is a dead ringer for the real deal, and they will take you through the band's history from their early youthful rebellion to Paul Simon's career on his own. Keep your ears open for more details later on.